Window films can help to reduce light, ensure privacy and are seen as a solution to reduce the light that does come in through glazing. They also act to deaden noise and save energy in the long run.

Window films can be useful 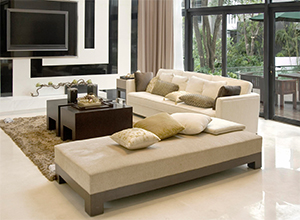 Window films are not limited to the exterior windows of a home and are quite often used to provide privacy for showers and bathrooms.

The films vary in opacity and can be used as blackout films that will prevent light from being shown on the outside.

Window films are applied on glass surfaces and help to regulate the amount of sunlight coming into a room, whereas they also dim the views from outside, when rooms are lit.

These films come in various shades and help to increase privacy in a home and in a way add to security.

You can also get these films with reflective surfaces, which can be especially useful, for fitting on windows and glazing that faces the direct sun.

They are energy efficient

Blackout window films can also be considered energy efficient as they can block out 70% of the heat that comes in from the sun. At the same time heat loss through window glass can be blocked up to 38% percent.

They also help to deaden sound to some extent. This can greatly help to reduce utility bills, and the installation can ultimately pay for itself.

EnerLogic window films that carry the Gold Plus Global Green Tag Certification logo, confirms a genuine commitment to the enhancement, preservation and protection of the environment.

Many blackout window films are now available that also act as decoration. This can substitute for the etching that is traditionally used to decorate glass, and can make for a very cheap solution. This addition to a window is best done by professionals, so that the decorations really appear as they are meant to.

The installation of these films is a relatively simple affair, requiring just the peeling of the protective layer that is laid over the adhesive on the back of films. Care has to be exercised to see that there are no air bubbles behind the film when it is laid over the glass. This does require professionals to execute neat jobs.

Blackout window films act to ensure privacy. Most homes do need windows for light and ventilation, but at times there is a need to control this light, especially on hot summer days.