An opaque window film is one of the most effective and convenient ways to add more privacy to your home or office by adding a small layer of vinyl over the windows. 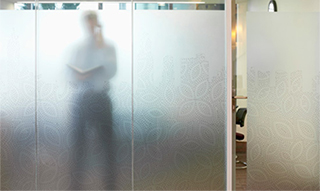 However, now you can easily tint the windows by adding vinyl window film to windows that are already installed.

These types of window films are becoming increasingly popular because they are easy to install.

Of all of the choices for opaque film, the frosted glass film is the most popular among property owners.

This type of film works to add privacy to an area by blocking a person’s view, but the film still allows plenty of natural light to enter the area.

Opaque window films are not only available in the popular frosted look. The film is also available in different designs such as a faux glass block design that is made with octagonal shapes.

If you’re looking for that extra bit of clarity but still want the same reduced effects of sunlight coming through, then the next best options are below:

Opaque window film is easy to install and remove, and you can trim the film to match the window correctly. You can find the film that best suits your needs.

Contact one of your local stores to get a quote or find out more information about our available films.

Tell us what you think of this tint on www.facebook.com/TintACarAus